Photos from the third day of  the ninth “Weekend at the Asylum” steampunk festival in Lincoln. Click on them for larger views

First up, a random bunch of pics of splendid folk in the Castle grounds:

Possibly a Little Sister behind A23

Lots of shiny brass in a VW camper

… close up shot of the guard dog

The Queen’s parade, inspected by such a small Victoria that I could hardly see her. Standing in front of the parade rather than behind it might have helped with that:

Wacky racers. I’ll have to tart up one of my unicycles, or acquire an ordinary, and enter this at some point in the future:

Lined up at the start

First time at Asylum this year, the para wacky racers: 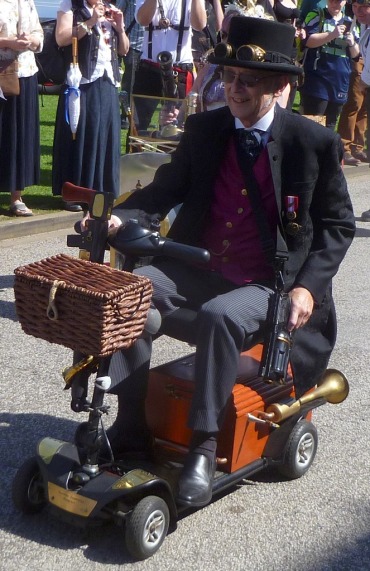 I’ve collected most of the components for my own jetpack outfit, but I’ve hardly started assembly. It might be ready for next year’s race, but only if I spend a lot more time on it than is actually likely:

And a couple of non-jetpack backpackers:

I finished the day with the spirit walk; late night ghostly tales around the streets of Lincoln, accompanied by shots of various gins. I’m not sure whether I’ve ever drunk gin before, and definitely don’t drink alcohol of any kind very frequently. 6 small measures were enough to get me noticeably jolly, especially as the promised late-opening ice cream shop didn’t, though we did cluster hopefully around it for several minutes after the walk. 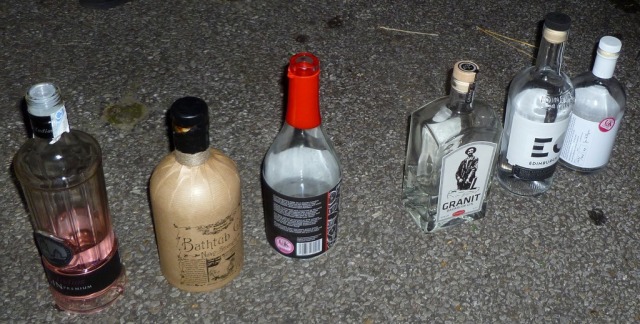 This entry was posted in asylum, steampunk. Bookmark the permalink.